Sheffield Forgemasters and NuScale Power have announced a new partnership to develop manufacturing techniques for the future deployment of small modular reactors (SMRs) in the UK.

Forgemasters, a founding member of the Nuclear AMRC, will forge a large civil nuclear reactor vessel head based on NuScale’s design by the end of 2017. The work builds on an ongoing research project supported by Innovate UK, the UK’s innovation agency, to develop and validate innovative forging and fabrication solutions for the nuclear industry.

The £4 million project, funded under Innovate UK’s Energy Catalyst programme, has been running since June 2015. It is led by Sheffield Forgemasters, with partners including Rolls-Royce, The Welding Institute, the University of Sheffield, Sheffield Hallam University and the Nuclear AMRC.

NuScale Power says it is now providing additional funding to support the use of its reactor vessel head geometry for the demonstration forging. 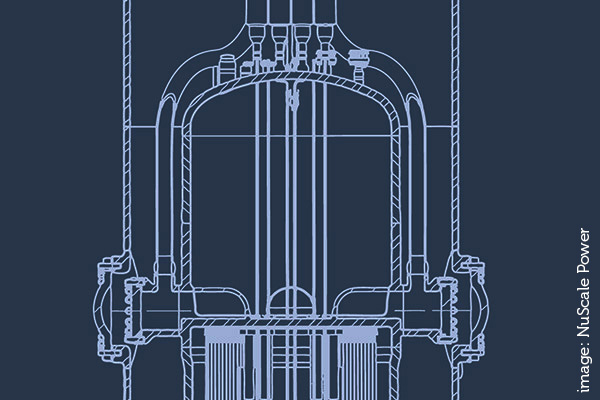 Speaking at a Northern Powerhouse conference in Manchester, NuScale managing director Tom Mundy said: “Our vision of seeing the NuScale SMR deployed in, and exported from, the UK can and will only be achieved in partnership with Britain’s renowned engineering and industrial base.

“Sheffield Forgemasters’ skill, expertise and heritage is known the world over. Working together now is, I hope, the starting point of a lasting relationship that will ultimately see UK-manufactured SMRs generating clean reliable power for the UK grid by the 2020s.”

Forgemasters has a long history in manufacturing large steel components for heavy engineering and nuclear power applications. It is the UK’s only large forgemaster, and a world leader in large-scale forged and cast components.

“Small modular reactors could revolutionise the civil nuclear power industry by creating more flexible power generation solutions,” said Forgemasters chief executive Graham Honeyman. “The efficient factory manufacture of major components will be crucial to seeing them deployed cost-effectively, and Sheffield Forgemasters has an unparalleled track record in the production of civil nuclear forgings of this size.

“NuScale’s design is one of the most advanced in the world and this forging project will allow us to prove yet again that UK manufacturing is at the leading edge of global technological advancement.”

NuScale is holding a supplier day at the Nuclear AMRC on 13 July to give UK-based engineering, manufacturing and construction companies the opportunity to learn about the company’s programme of work. NuScale is also participating in the UK government’s competition to identify the best-value SMR for UK development.

NuScale’s Power Module is a 50MWe pressurised water reactor and generator, designed to be deployed in clusters of up to 12 per site. The combined containment vessel and reactor system measures around 25 metres in length by five metres diameter, small enough to be transported by a single lorry, and features state-of-the-art passive safety systems.